Following closely on the heels of the ugly December selloff, we have now had 7 weeks of a relentless rally in US equities. We would note that institutional money has not been the buyer. In fact, they have continued to sell. While there are a number of other key actors in the market including Hedge Funds, CTA’s and retail, the institutional long only “Real Money”, as it is often called, is among the biggest buckets of capital. Their persistent selling will leave them either in a position of strength, having made a prescient market call if equities again fall, or way off side and having to chase the market higher. We are inclined to think equities are a sell as well but are aware of the obvious potential for an overshoot to the upside.
Our longer-term momentum indicators are still in “caution mode” and the potential for a top similar to what we saw in November of 2015 looms. 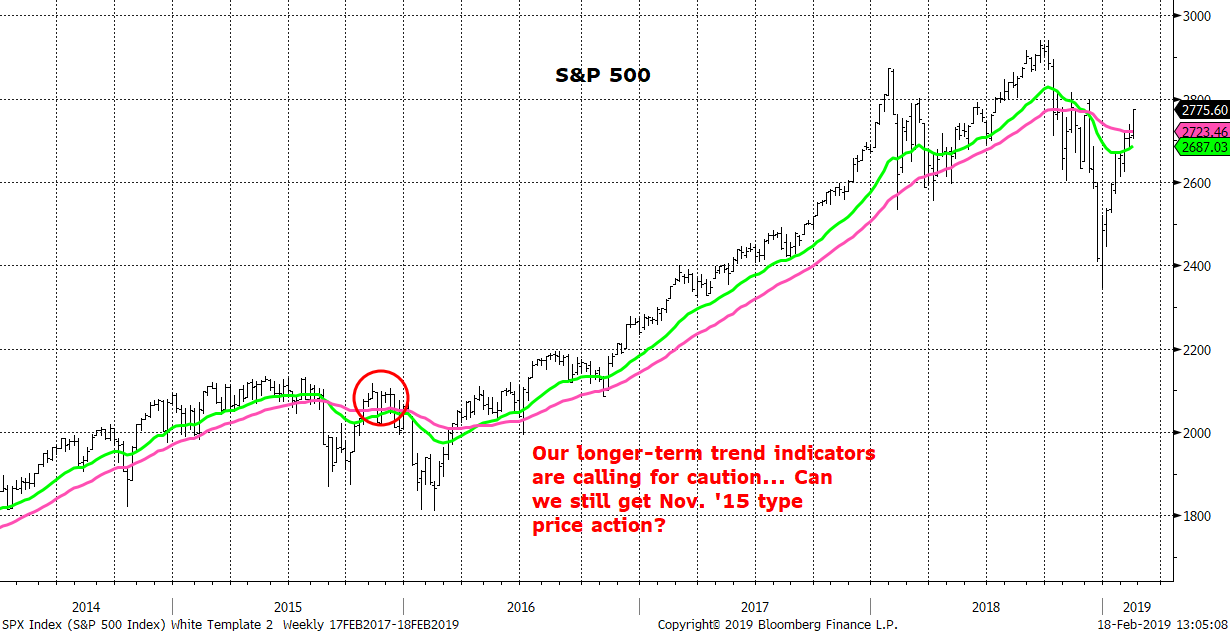 At the same time, the hunt for yield has been reignited as money pours into all types of Fixed Income, from Treasuries and Corporate bonds to High Yield and Emerging Markets. The flow is saying that the market has decided the top in rates is most likely in.
As you can see from the next chart, as stocks have continued higher, yields on 10-year Treasuries have not, reflecting that demand for bonds.
Institutional investors selling equities and hungry for both duration and yield pick-up is taking the view that we are “late cycle” for this run of economic growth.
Now clearly, the second factor at play here is the Federal Reserve “blink” due to the equity market selloff in Q4 2018. Not only did they back off the hiking cycle, but they called into question (but have not yet changed) the trajectory of their balance sheet unwind operation. Both of which are deemed “bullish” for stocks but is increasingly priced-in.

The Fed’s change of heart can be seen as late cycle in that they fear that further tightening would upset the apple cart against the backdrop of lower growth and lower inflation expectations leading to tighter margins and less corporate earning-power.
At this point we feel this has essentially been a big short squeeze. Market participants have been forced to either cover actual shorts or quasi shorts that reflect the selling they did at low prices and now regret.

With implied volatility having fallen dramatically since the late December equity lows, we are looking at options strategies that can gain from a mad rush to new highs as the doubters are forced in, or a renewed bout of equity weakness. 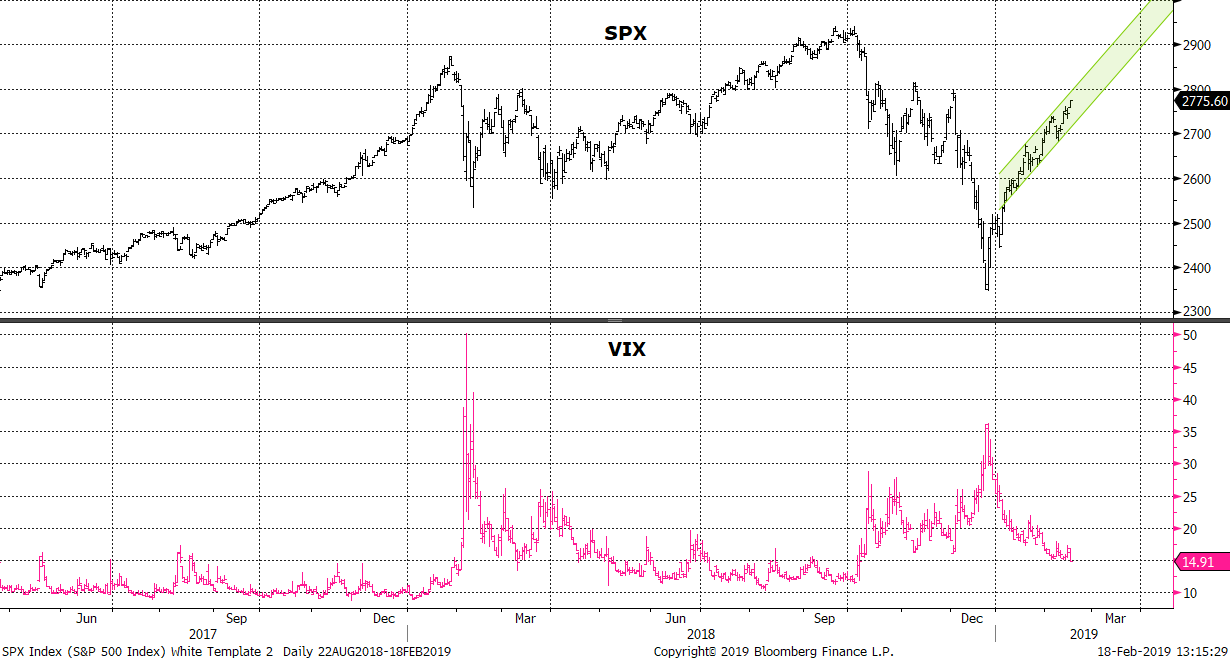