Shanghai Composite vs. NASDAQ 100 at Extreme

Chinese equities and EM in general have performed very poorly vs. the US and the NASDAQ in particular, as we have previously noted.

This has become so extreme that the relative performance of the Shanghai Composite recently hit levels that are worse than at the height of the NASDAQ bubble back in early 2000. 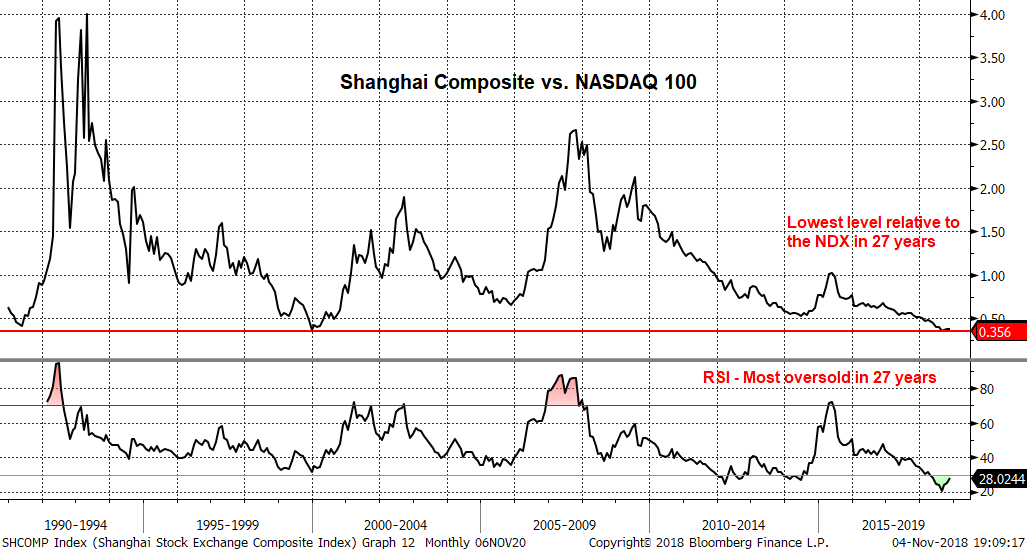 It seems to us that at this point such an extreme can only be resolved in two ways. Either China manages to pull off effective domestic stimulus and a trade deal with Trump, resulting in a drop in the dollar and an EM rally OR, the weakness we are starting to see in China and Europe spreads and the NDX goes down as a result.

We find it hard to imagine a slow motion unwind given how extreme the set-up is and so would favor a more violent resolution one way or the other in the coming months.