The Dollar Attempts to Break Higher

The dollar started to rally a few days ago vs. the higher beta currencies, those most sensitive to global growth and commodity demand such as CAD, NOK, BRL, SEK and AUD. 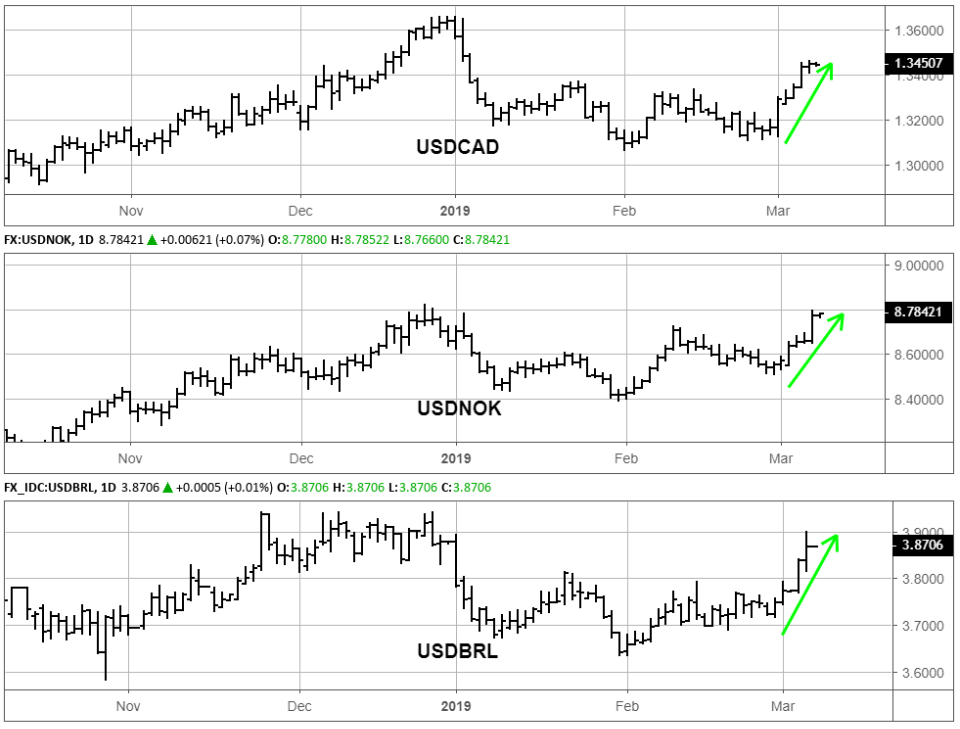 However, the move accelerated and broadened further into the Developed Markets as the EUR took a leg down vs. the USD after the ECB meeting on Thursday March 7th. The European Central Bank revised down the growth forecast for 2019 from 1.7% to 1.1%, pushed out any chance of tightening by 6 months and offered further liquidity to the banks via a third TLTRO. This program, lasting two years, will offer low cost funding to banks in hopes of sparking new lending into the real economy. Good luck with that.

In our view they are out of policy options and the only meaningful lever they have left is to engineer a lower Euro.

As we showed above, USD was already strong but when combined with the new information from the ECB meeting it was enough to take the EURUSD rate through the 2018 lows to levels not seen since the summer of 2017. 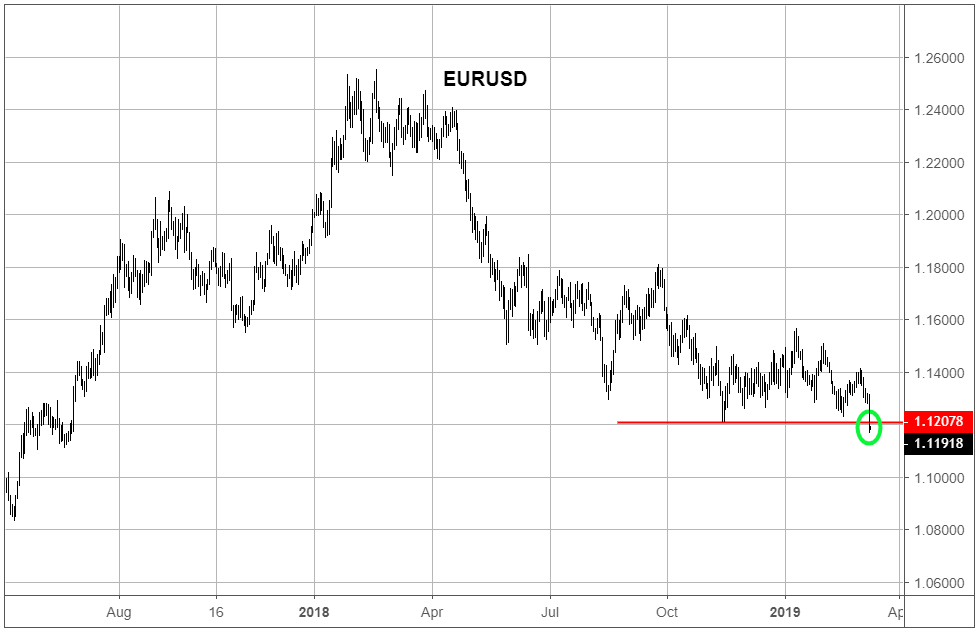 The Dollar Index, unsurprisingly, is knocking on similar levels. 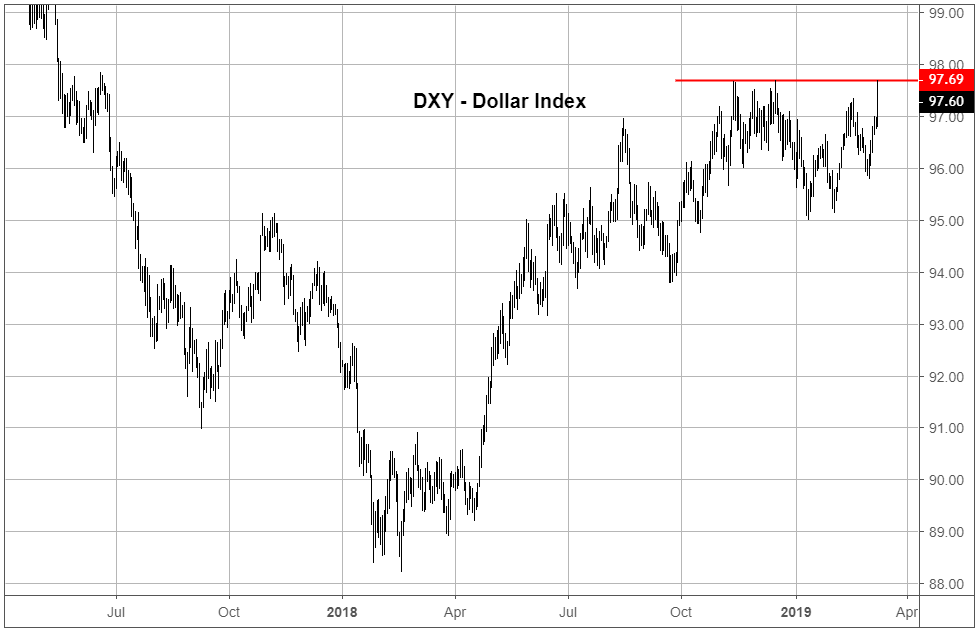 Sentiment and positioning have been strongly reflective of USD weakness as the central case for most analysts and investors. Their argument was bolstered by the Fed pivoting away from their tightening bias and considering how and when to end QT. While the USD fell against most EM currencies, vs. the Developed Market currencies it hardly budged. The narrative worked. The price response did not. We now have a strengthening USD that flies in the face of consensus positioning.

Some would argue that this USD move is not a problem this time around for the following reason. The last leg up in the USD started in early October after Fed Chairman Powell notoriously indicated that we might be “a long way from neutral” in the Fed Funds rate, thereby raising fears of further growth-killing rate hikes. By contrast the recent news from the ECB is indicative of further easing, which is normally regarded as supportive for risk assets.

We beg to differ. The substantial downgrading of growth forecasts for Europe is not a positive given how little room to maneuver the ECB has. Official rates are stubbornly stuck at -40bpts. 2-year German Government bonds (Bundesschatzanweisungen) are at -55bpts. The bag of tricks is empty. As we explained above, all that is left, is to engineer a weaker Euro.

A rising USD is almost always deflationary, putting downward pressure on commodities and Emerging Markets. Emerging Markets have benefitted from the lion’s share of positive investment flows in 2019 YTD. Should they again start to falter, the probability of another difficult period for risk assets will quickly rise.